Protecting your freetobook account is critical to your business and is one of our top priorities. Almost half of businesses (46%) in the UK report having cyber security breaches or attacks in the last 12 months according to the annual report from the UK Government on cyber security breaches for 2020. Our new security features help to protect you from the likelihood of a major phishing attack and serve as a major deterrent. 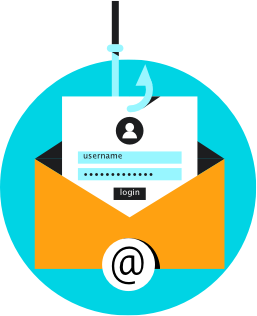 What is Phishing? It’s the most common way for hackers to get access to your account. How do they do this? By pretending to be someone else (up to 81% of all cyber security breaches are now phishing attacks).

For example, they will send you an email that looks like it’s from someone else such as your bank, freetobook or your email provider. In that email they’ll ask you to follow a link to page that looks familiar to you and then ask you do something like login or provide some password information.
Every business is a target for a phishing attack because they’re looking for information they can use to steal money.

Phishing emails often include these things:
1) Urgency – they create a sense of urgency so that you react before looking more closely i.e. “Account suspended – Log in now” or they say you need to log in to fix, pay or agree something urgently.
2) Offers – these sound interesting or enticing, this could involve getting more business or some “easy” money i.e. we have a group reservation request waiting.
3) Errors, spelling or grammatical errors – the language, tone or layout may look different, unusual or even suspicious.

What is MFA? Simply put, MFA creates an extra layer security by requiring the user (you) to provide at least two pieces of evidence to prove their identity.  This barrier prevents potential fraudsters from gaining access to your account and also acts as MAJOR DETERRENT.

We are now asking you to set up an extra stage (layer) of security at the login process to your account. There are 3 options –  Questions – Email Code – Authentication App. Choose 2 of these to set up your MFA.

Once set up, you will only be required to complete one of these methods during a login if we detect you are logging in using new device or browser.

Here at freetobook we are constantly rolling out new software features to ensure you have all the tools you need to help run your business effectively and successfully.

As we approach our one year ‘work from home’ anniversary we thought we would take a look back at how freetobook have managed the challenges the last year has brought.

MARCH 2020 – As we entered March we already had a feel for what might be coming our way from our overseas properties who were experiencing some sort of lockdown.  UK infection rates were not running that high and no announcements about what the government might do had been made so we were still out and about meeting our customers at tourism shows … there was anxiety and concern about what was to come, but no-one could have predicted the year that would unfold.  We started to make plans for our team to work ‘temporarily’ from home, never imagining that we would still be there a year later.  On the 23rd March we had to go into total lockdown.

From the very start, our customer services team stepped up to the challenge, fielding 1000’s of calls and Help Desk messages as properties struggled to cope with the avalanche of cancellations and rescheduling of bookings.  We made the decision early on that we would not be furloughing any of our team and would continue to offer the customer service our customers expect and deserve.  Those first 6 weeks were traumatic for our properties and our hearts broke as we listened to the many stories and concerns.  Oftentimes our team were the only people properties could actually speak to as they struggled to navigate the tidal wave of cancellations and the OTAs’ ever-changing policies on these.  We cannot praise our team enough for their compassion, calm heads and resilience during this time.

Our Developers swung quickly into action to create new reporting to help our users assess cancellation information, generate digital registrations, adapting the messaging system and much more.  Some of the projects we had planned for the year were paused whilst we made the adjustments which would help our users adapt to the changing circumstances.  Again, huge praise to the developer team for the speed with which they handled the fluid requirements the situation demanded.

APRIL/MAY – It is not often that business owners would have so much time on their hands at this time of year, so we decided to make some constructive use of the downtime and began offering additional training to freetobookers.   In April, Heather started home schooling freetobookers with her weekly training in the Facebook Users Group and in May, Eleanor started a series of live webinars (you can still see Heather’s training in ‘Guides’ in the Facebook group and Eleanor’s webinars in the Home >Webinar’s tab in Freetobook).  It was great to see so much engagement from our property owners and willingness to use the time to make positive changes for the future.

JUNE – As news of re-opening dates came through, so did a raft of new rules and new ways of working.  In June we sent out one of our most read blogs ever and reading it again now, it is just as relevant for this next reopening in the UK this Spring … Covid19: Reassuring your Customers

JULY – OCTOBER – As predicted, when the UK opened back up for bookings they went off like a rocket! Accommodation providers in tourist areas of the UK had a busy time and at our end the workload became a tidal wave as so many properties came back online all at once.  Working late became the ‘new norm’ as we responded to everything and all our customers needed within incredibly tight timelines.

Sadly though, we were also hearing that a couple of properties were not going to re-open due to owners shielding, retiring or sadly property closure.  We never underestimated the weight of the decision a property had taken when they contacted us to let us know they would not be re-opening.  Our team continued to do what they do best and dealt with them all professionally and with compassion.

NOVEMBER TO DATE – With infection rates increasing, the introduction of another lockdown was inevitable … although this time we were all better prepared for it.  Our team continued to support properties as they made adaptations to their properties in-house, on freetobook and with their OTAs.  Our Developers have also been working on some exciting features for 2021 and we, as a business, continue to look forward.  Again, a special thanks to our team who have adapted to the challenges of working from home and being separated from their colleagues, whilst maintaining their well-known good spirits … and in many cases home-schooling their children too!

We hope that of the many worries you have had over the last year, your booking engine has not been one of them.  We have tried our very best to ensure that we are always available to help you and we will be here to support you all with whatever comes next.  We do not underestimate the many challenges that lie ahead for the tourism sector, but we can’t help feeling we have all been through the worst and better things are yet to come.