Sue Burrell, owner of the Millgate B&B in Masham, recalls the excitement and media frenzy and tells us why she will always be indebted to her local dentist and freetobook.

“Sometime in January 2015 I answered the telephone to James Kay, Senior Media Relations Manager for TripAdvisor who said, “Remember me from last year? You won an award as one of the Top 10 B&B’s Inns and Lodges in the World. Well, this year we have a special award for you”. I thought he was talking about my scones.  You see every new guest arriving at our B&B is greeted with freshly baked scones in their room and most of our TA reviews since we had started in business (just 2 years 10 months previously) had mentioned our scones.

I waited. ‘You have been voted TripAdvisor’s number 1 B&B in the World. But you cannot tell anyone” James said.  “Can I tell my husband?” I whimpered. “I think you probably will have to tell your husband” he said. I could tell he was smiling as he said that and I began to cry.

The next few days were just a blur. James would be telephoning to book in journalists from the UK’s national press for overnight stays while interviews with numerous TV and radio stations, local press reporters, newswire photographers and cameramen were lined up in total secrecy, ready for the day the news was to be announced to the world at the end of January 2015.

We had to stand in the little lane outside our home shaking bottles of sparkling wine (not champagne!) whilst photographers said “Just one more” for hour upon hour.  Tourists passing in the street were curious and I’m sure our neighbours thought we were Lottery winners as we stood together for the TV cameraman.

Standing in the cold for around six hours we opened up around four bottles of fizz posing for photographs. By 6pm I told Andrew we should eat out as by this stage I was ‘twinkling’ after drinking on an empty stomach.

It was Steak Night when we arrived at The Bruce Arms in Masham. Two steaks with all the trimmings and a bottle of wine for a bargain price.  After weaving our way home Andrew opened another bottle. I was just about to take a slurp when I missed my mouth and hit my front teeth with the glass, knocking off a porcelain crown which hit the terracotta tiles in the kitchen and shattered like a Ming vase. “Oh crikey, we have got telly again tomorrow” were my last words that night.

The following morning was the day the news of our award was announced to the world at 0500 hrs UK time. The first booking came in at 0509 and after BBC 2 radio show host Chris Evans began telling everyone to book Millgate B&B they were coming in at the rate of four a minute.  We had BBC Radio York broadcasting live from 6 am from our home.

I did radio interviews about our award from as far away as Cambodia, to Spain and Cambridge.  We had to unplug our telephone as it was ringing constantly and I couldn’t take the bookings fast enough.  We relied on freetobook for over a month to take the bookings for us as we had 1,427 email enquiries on the first day alone.  It took just four days for us to be booked for almost the full year ahead!

I was still worrying about not being able to smile on our ITV This Morning appearance because of my missing tooth when I received a text from my dentist asking for a radio ‘shout out’. My response clinched the deal, “As long as you do a temporary crown for me by 12 o’clock today”. I was grinning like a Cheshire cat for the cameras later that day.

I wish the winners for 2016/2017 all the very best and hope that they have an on-line booking system like freetobook to take the strain.

With hindsight, I wish we had booked some days off for ourselves as we only had 7 days off until October of 2015.

CNN wanted to make a film about us and wished to come over in March 2015.  We only had one day off that month and the next break was just two days off in May.  Despite their global audience of 240 million I turned down their kind offer (much to the consternation of TripAdvisor who wanted the extra publicity for their awards).  As I said to Andrew at the time, we would never have been able to have our telephone plugged in as there were so many time zones, calls would have been coming in 24 hours a day.  Although on the upside, I am able to say I turned down CNN and it sounds very flash!”

Number 1 B&B IN THE WORLD 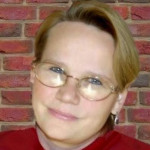 As a property owner, what’s your digital footprint? US based marketing guru Heather Turner, Forfeng Media provides some great tips and cautionary tales.

Posts: Make sure your posts are locked down to friends only, if you want to keep your posts public, fine, but be cognizant of, if you wouldn’t discuss it at a gathering, ie. religion and politics mainly, you may not want it posted publicly.

Likes and Groups: Be aware your likes of other pages may be visible (depending on your settings even if your posts are locked down) You may not think about this one, but think about it, you may have friends asking you to like their business pages as well as like pages they like.

Even if you think your profile is totally locked down, go check it at least once a month, Facebook is constantly changing the settings and sometimes things can be viewed you may not know about. Get a friend on the phone, have them unfriend you, and then have them refresh your profile page and tell you what they see. The “View As” option in Facebook is NOT 100% accurate.

Having some personal hobbies or interests on your property board is fine, food of course is always good. But eyeball your interests, knitting and home improvement are generally fine, but fashion, bad memes, pictures of spider bites, inappropriate photos of men and women, weird toilet boards (yes these are all images and boards I’ve found on property accounts) and I could go on … are probably not appropriate, and belong either on a personal account, or make the boards secret so only you can see them.

Who are you following and who is following you? Yes people do look. If you are following all the Kardashions for example, A. they will never follow you back (so why follow them) and B. if you want to follow their posts, put them on a private list (you are then not actually following them, your following their tweets, and only you can see that). Any celebrity including sports figures can actually influence a booker. Same goes for politics.

Favorites (now call likes): Take a look at what you have liked/favorited. Anyone can see that list, a funny joke you liked 2 years ago shows up on that list in the number 5 spot, is it appropriate?

It’s worth Googling yourself as well periodically. Put your name in quotes “Jane Doe” Charleston, NC, “Jane B. Doe” Charleston, NC, and add yourself to any Google alerts you’ve set up. Hopefully you have done this for your inn already. The alerts don’t pick up 100% of new spidered items and news though so it’s worth looking manually.

Why do this? I have an innkeeper friend in the UK who had another innkeeper namesake in the UK, different town get arrested for fraud last year. They actually lost bookings about this, until they started being proactive and put out on their social media accounts that this was not them in question.

Eyeball your own online presence heavily and view from the aspect of someone who may book. Even better ask some friends to help you out and get some additional perspectives, what might not occur to you, they may see differently.

for the full article clink here: